Inquiry to Vallex: Who Will Undertake Company Obligations in Processes of Property Against Debt? 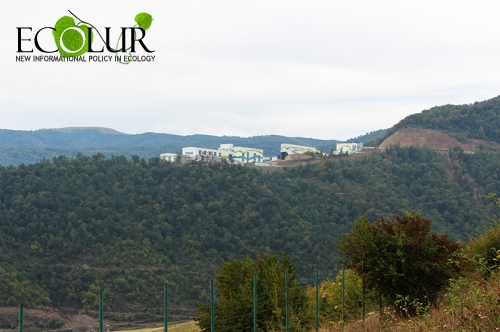 On 14 August 2018, Shnogh Community Head Davit Ghumashyan and 'Teghout' CJSC General Director Sahak Karapetyan signed an agreement on cooperation and partnership N 180814 http://vallexgroup.am/cooperation-agreement/ this is what 'Vallex' Group Company informed in reply to EcoLur's inquiry providing the link to the agreement on www.vallexgroup.am website. In one month after signing this agreement, 'Teghout' CJSC is transferring its property to VTB Bank against the loan. A question arises who will undertake the performance of the company's environmental, social and health obligations. In this regard, 'EcoLur' Informational NGO had sent an inquiry to Valeriy Mejlumyan, President of 'Vallex' Group Company, which says, 'The obligations ratified in this agreement are aimed at the solution of environmental problems, residents' health and safety problems, the compliance of static and seismic stability of the tailing dump to the requirements of the legislation, ensuring technical and zoning standards before resuming production (ore mining and concentrate manufacturing) processes, as well as mandatory recovery of the dam of the tailing dump to ensure its sustainability compliance with the Armenian and international legislation.

Under the agreement, there are guarantees for the primary employment of the residents from Teghout, Shnogh and Qarkop residential areas in case of the re-operation of Teghout ore dressing complex.

Nevertheless, the agreement signature was followed by 'Property Against Debt' processes between the company and Russian VTB Bank and in this new situation the probability of performing obligations undertaken by the agreement is decreasing, in our opinion.

Based on the aforementioned, we are expecting to receive the answers to the following questions we are interested in:

1. Whether the agenda of the launched processes includes the matter of recognizing the validity of the agreement on cooperation and partnership N 180814 signed between Shnogh optimized community in Lori Region and 'Teghout' CJSC on 14 August 2018?

2. Whether the environmental damage caused to the environment as a result of the five-year-long activities of the company, recovery of this damage and further prevention of similar risks have been discussed with VTB Bank, as well as the matters of assessment of social and health situations of the population in the impacted communities and who the performance of these obligations will be transferred to?