Waste of Over 2 Billion AMD of State Funds – Project of Artificial Breeding of Trout in Lake Sevan: Criminal Case Initiated 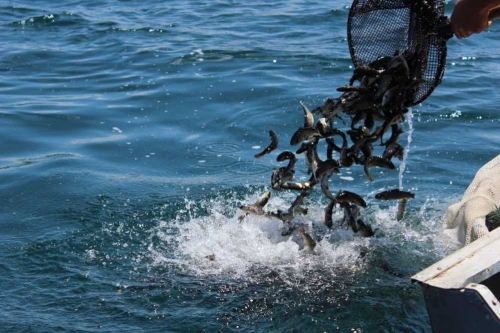 The Department for the Protection of State Interests of the Office of the Prosecutor General of Armenia has examined the documents on the financial and economic performance of the Sevan Trout Restoration and Fish Breeding Fund and Sevan Trout and Sevan Aqua CJSC companies established by the Fund submitted by the RA State Control Service.

The study revealed that about 9 billion drams was allocated from the state budget of the Republic of Armenia for the purpose of achieving the statutory goals of the Fund and the companies in 2013-2018, some of which have been stolen or misappropriated or wasted through various transactions and schemes, or through misappropriation, wasted through non-substantiated and non-expedient expenses.

In particular, according to the contract signed by "Sevan Trout" CJSC for 2015, 200,000 young fish was supplied in November 2007, but remained at the supply site in Gyumri because the young fish plant and cage net economies were not yet operational.

As a result, a maintenance contract was signed with the supplier LLC and the latter was paid an additional 151.2 million drams, out of which only 99,772 out of 200,000 young fish survived, costing 13,896 drams per kg of fish instead of 5,000 AMD provided for by the contract.

Lake Sevan was frozen during the winter months, the cage nets were damaged and a massive escape of fish has occurred due to strong winds and the movement of the ice sheet. Other seemingly criminal abuses have also been detected on over the loss or theft of budget funds of more than 1 billion drams, causing severe consequences through the loss of about 1.3 billion drams. A criminal has been initiated.