Fire Extinguishing Works on Foothill of Ara Mount Continuing
Fire extinguishing works continue at the foot of the Ara Mount in the Kotayk region, near the sand mine, on August 20, the Ministry of Emergency Situations reports 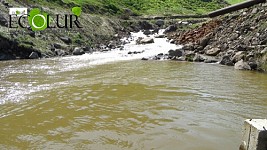 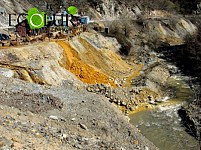 Which Are Most Polluted Rivers in Armenia as of September 2018
16 rivers in Armenia have the highest level pollution, class 5: as the recent data of 'Environmental Monitoring and Information Center' of Nature Protection Ministry show

Aparan-Vanadzor Highway Opened: Residents Gave Two Days to Solve Problem with Milk Price
Aparan-Vanadzor highway, which was blocked in the morning by the residents of Alagyaz, Meliq, Tsaghkahovit, Rya Taza communities in Aragatsotn Region, was unblocked with the

Protest Demonstration in Aparan: Residents Blocked Aparan-Vanadzor Highway
The residents of the neighboring community in Aparan, Aragatsotn Region, have blocked today Aparan-Vanadzor roadway. The reason is the decrease in 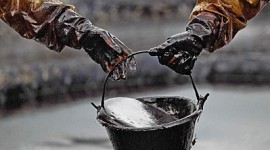 'Tashir Capital' Intends to Search for Oil and Gas in Yerevan
'Armenian Petroleum and Gas Company', which only has a history of 4 months, has submitted the second project to RA Nature Protection Ministry for the search of petroleum and gas in the territory of Armenia

Armenian Government Granted Privilege to Mining 'ML MINING' LLC For Third Time
On 25 January at its Cabinet meeting, the Armenian Government reached a decision to grant privileges to 'ML Mining' LLC. The equipment worth around 2 billion AMD, as well as their spare parts, raw materials and 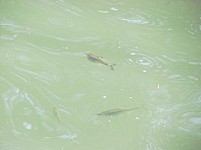 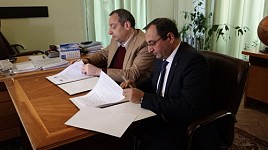 10 Communities in Shirak and Aragatsotn Regions Will Combat Erosion Through Afforestation
Tree planting and bioengineering works have been performed in the area of 15 ha in Mets Mantash community, Shirak Region. The works have been implemented in the frames of the Integrated Erosion Control project, which is

It's Known How Much Forest Fire Burnt Down Because of Fires
1641.64 ha of area has been burnt down in 'Khosrov Forest' Reserve, while the area burnt down beyond the reserve borders makes up 74.66 ha, 609.016 ha has been burnt

Byurakan Observatory Park To Turn into Dendropark
The park of Byurakan Observatory of NAS RA may turn into a dendropark: as Information and Public Relations Department of RA Nature Protection Ministry informs, several years ago NAS RA applied to Armenian PM with

Byurakan Fire Extinguished: Post-firefighting Works in Progress
As of 09:38 September 9, there are three smoking spots of fore in the vegetation-covered area of Byurakan Village, Aragatsotn Region