For Many Years Gold-Polymetallic Mine Operated with Permission of Officials in Lori Region: Criminal Case Initiated
On the basis of the information and documents received from RA Prime Minister's Office, Department of Protection of State Interests of RA General Prosecutor's Office has studied the lawfulness of operating the gold-polymetallic mine located in Lori region of the

Illegal Tree Felling in Tavush, Lori and Syunik
Materials are being prepared based on these events 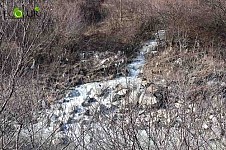 Bazum Policemen Detected 10 Cars Loaded with Illegal Timber
According to preliminary estimates, the cars are loaded with more than 35 cubic meters of wood

Fire Nidus Detected in Bazum Mountain Range Extinguished
The Ministry of Emergency Situations of the Republic of Armenia informs that on October 28 at 6:04 pm the fires found in Bazum mountain range were extinguished

Around 80 ha of Grass Covered Area Burnt Down in Bazum Mountain Range
of October 27, 80 hectares of fire have been found in the area. The fire was extinguished at 2:10 pm

Firefighter - Rescuer Died Because of Fire Burst out in Bazum Mountain Range
Firefighter-rescuer Samvel Develyan (born in 1997) died on the spot, while Edgar Grigoryan (born in 1992) is in stable condition

Woman Tried To Fell Illegal Trees: Forester Shot at Her
RA Police reports that on October 22, at about 5.30 pm, a 56-year-old forester in his section noticed that a woman was trying to illegally cut trees and fired a warning shot at her with his hunting rifle 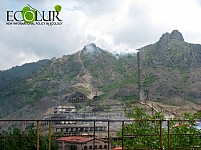 Whether Communities Implement Targeted Projects with Environmental Fees?
Programs implemented with environmental fees in mining-affected communities have nothing to do with environmental protection or health, as Oleg Dulgaryan, Head of 'Community Mobilization and Support Center NGO in Alaverdi expressed this idea