Shirak WUC Committed A Number of Violations While Providing Water Supply Services
Officials concealed some of the 70% of actual water loss volumes by adding them to water users' fees, and included the data in electronic records

Saved and Healed Red-Listed Birds First Time Let Back to Nature in Armenia
For the first time in Armenia, a few red-liste birds that have survived a successful recovery have been returned to nature

If Fraud Committed, Victim Is Consumer Resident: Expert Aram Gabrielyan on Jradzor SHPP Case
The project envisages imposing a fine of 1 million AMD on ANI OJSC and securing 400 million AMD of damages caused by the company to ENA 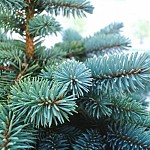 Local Tree Species Not Detected at Xmas Sale Points
The employees of Environmental and Mining Inspection Body have carried out inspections at Xmas sale points, where it was found out that pine trees imported from the 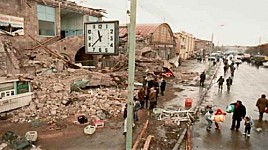 Today is 30th Anniversary of 25,000 Victims in 1998's Quake
According to the specialists, the quake in Spital won't result in so many victims and destructions, if the extent of seismic risks were not underestimated and

Which Are Most Polluted Rivers in Armenia as of September 2018
16 rivers in Armenia have the highest level pollution, class 5: as the recent data of 'Environmental Monitoring and Information Center' of Nature Protection Ministry show

'Tashir Capital' Intends to Search for Oil and Gas in Yerevan
'Armenian Petroleum and Gas Company', which only has a history of 4 months, has submitted the second project to RA Nature Protection Ministry for the search of petroleum and gas in the territory of Armenia