Intestine Infections Recorded in Tavush: Probable Causes Are Pollution of Catchment and Aqueduct
As of April 18, 25 residents of Navur Community are at Berd Community hospital with the symptoms characteristic to intestine infections (diarrhea, high temperature, vomiting and dizziness), out of whom 20 people

"A U Group" LLC Again Wants to Search for Polymetals in Area of Vazashen Community in Tavush Region
"A U Group" LLC is planning to search for gold, silver, copper, zinc, and lead in the section of Vazashen gold-polymetallic minefields and to estimate their reserves

Illegal Tree Felling in Tavush Region: 1.5 Million AMD Damage Caused to State
On 25 March it was found out that illegal felling was carried out by Gevorg Kh. Born in 1992 thus causing damage of 1,587,000 AMD to the state 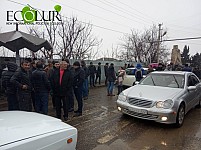 Public Hearings on Mine Not Held in Vazashen: Nevertheless, Village Head Refusing To Record This Fact
There have been some tense situations: there are instigators among people giving gathered – one of them is drunk near the Village Municipality, another person dropped a fly-flap in the area

Statement: Considering Operation of Any Metallic Mine in Tavush Region Unacceptable
“Tavush without Mine” Initiative Group has disseminated a statement, where it call the citizens to hinder the public hearings of the geological prospecting of Vazashen gold-polymetallic minefield on 27 February

Paths of Dilijan National Park Mapped
The map of paths enables hitchhikers, tourists to select hiking routes to visit the sightseeing, monuments of culture and nature in the national park 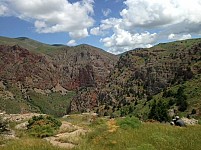 Forest Nurseries Founded in Four Regions in Armenia
Forest nurseries have been founded in 6.5 ha in Stepanavan, Syunik, Hrazdan, Gugarq, Ijevan and Noyemberyan Branches of Forest Committee. Forest cultures have been

Damage of 6 Million 790 Thousand AMD Caused to Nature
RA Environmental and Mining Inspection Body detected 37 violations as a result of their inspections, visits, accepted reports from 8 to 11 January 2019, while the damage caused to the environment because of environmental violations

Tree with Burning Hollow Detected in Dilijan National Park
In his interview with EcoLur, Tigran Shahbazyan noted that there was a cloud of smoke and fire coming out of the tree which they detected when climbing the mountain