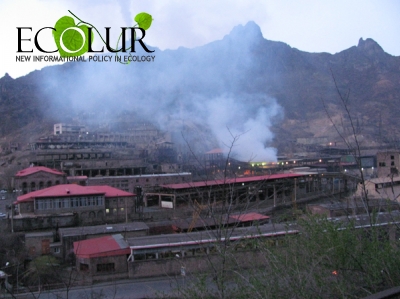 In 2014 the dustiest air is in Gyumri, while the atmospheric air in Alaverdi is most saturated with sulphur dioxide, as the certificate says issued by “Environmental Impact Monitoring Center” of Nature Protection Ministry for 2014. Gyumri Town is in the first line exceeding the annual average MPC of dust twice. Ararat Town holds the second line with 1.2 times exceeding the MPC. In other communities no excess in dust MPC has been recorded.

It should be mentioned that in Qajaran, where Qajaran copper and molybdenum mine is developed, the residents complain of the dust saturated with copper and molybdenum. Nevertheless, the certificate doesn’t contain any information about the dust concentration in Qajaran air, while for Yerevan it says that a total of 30 metals were detected in the samples of Yerevan air, nevertheless, the dust concentration in Yerevan air didn’t exceed the MPC.