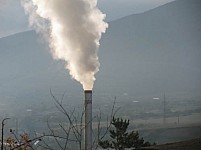 RA Law “On Preservation of Atmospheric Air” –NOT ENFORCED
There are questions arising to competent official bodies, Nature Protection Ministry, health Ministry, Territorial Administration Ministry and Agriculture Ministry, for example, who should explain villagers they break the law, who follows the enforcement

Protest Demonstration: Yerevan Residents near Yerevan Alabaster Factory Demanding Fresh Air
Residents at 1, 2, 3, 4 Gajegorst Streets, Erebouni Administrative Region, took to the streets. Even the colour of the cars is hard to determine, as alabaster dust has made the cars have the same colour 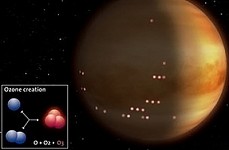 Scientists Discovered Ozone Layer on Venus
The scientists have discovered that Venus planet has an ozone layer, which is 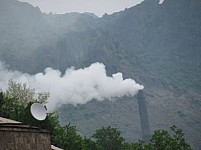 Pollution – Global Problem
“The pollution of atmospheric air in Armenia is in favourable condition. According to the monitoring results, situation improvement has been recorded within recent 5 years, as

From Now on Burning Vegetation Banned by Law
From now on burning vegetation remainders and dry plants, vegetation in pastures and heydays, forests and specially protected territories is banned by law

Huge “Ozone Hole” Emerged Over Arctic
A huge “hole” in the ozone layer has emerged above Arctic. Scientists date this formation to February-March.

Hakob Sanasaryan: It Would Be Good, If “Nature Protection Ministry” Closed Down
“Greens Union of Armenia” NGO Chairman Hakob Sanasaryan considers the main people quilty are the country's President and Prime Minister and Nature Prosection Minister accountable to them who selects money at the expense of Nature". 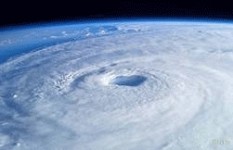 Minister Aram Harutyunyan prefers cycling
September 16th marks the International Day for the Preservation of the Ozone Layer. To celebrate the day, the Armenian Ministry of Nature Protection will organize a cycling campaign in Jermuk resort city under the slogan

What to change by moving plant chimney?
To improve the environmental poor condition in Alaverdi movement of the chimney of the copper plant owned by ''Armenia Copper Program'' to the nearby mountaintop of Koshaberd has started since May 15th, 2010.

Hrazdan in Dust Again
It’s already several days since the air in Hrazdan is extremely polluted.