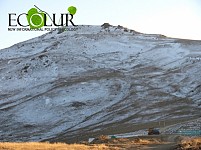 Gndevaz Villagers Think Reduction in Amulsar Project Costs Will Occur Due to Ecology
Annually 4 million tons of cyanide solution will be used - it’s an open area available both for rains and snow. How can the leaks be zero? Where will 100 million tons of solution be dumped? These are our questions.

Gndevaz Villagers Were Denied to Be Insured against Amulsar Program Risks
We demanded all the risks to be insured – risks for water, land areas, orchards, animals, human health. 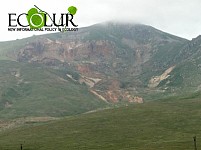 Gndevaz Villager about Amulsar Project: "People Not Realizing About Real Size of Disaster"
On 3 March the public discussions on the amendments to Amulsar gold mining project were held in Gndevaz Community, Vayots Dzor Region. As EcoLur was informed from Gndevaz, the hearings were held in 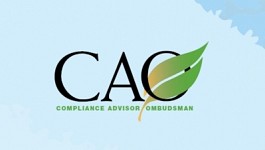 A Question: Whether IFC CAO Investigation Will Affect on New Investments into Amulsar Project
In spring 2016 the delegation of the Compliance Advisor Ombudsman (CAO) for the International Finance Corporation (IFC) will arrive in Armenia to initiate the investigation 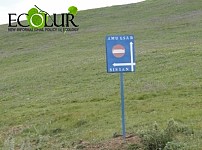 Expert: A Group of People Make Money in Toronto Stock Exchange At Expense of Amulsar Project
Because of its geographical location Amulsar mining project will affect the whole population in Armenia, and not only one residential area, as geographer

Armenian Economy Minister Karen Tchshmarityan's Response to Amulsar Project Investments
It should be mentioned that Amulsar project will be implemented in Lake Sevan Basin area, next to Jermuk resort town and heap leaching method will be used to extract gold from Amulsar ore, which poses great risks for Lake Sevan,

Lydian Announced Value Engineering Results and Financing For Amulsar Project
Lydian International Limited, the 100% shareholder of Geoteam CJSC has announced that it has arranged a $325 million construction financing package to be provided by Orion Mine Finance (“Orion”) and Resource Capital Funds (“RCF”).

Experts Continue to Present the Gaps in Amulsar Project
The impact on the quality of crops and fertility is not assessed. I have an environment survey of another similar mine situated on the same height when the dust scattering from the mine and tailing dump contaminated the harvest of orchards

Specialists: Amulsar Not Newly Detected Mine
According to the presented project (Amulsar) and the concluded contract, only gold and silver will be extracted in the mine. The project submitted to expertise should either have completely excluded the presence of other elements and naturally studies should have been carried out in this direction or submitted information about their possible presence. Naturally, if there are other elements, they should be extracted in heap leaching, if extraction is not ensured, they are classified as losses and these losses must be 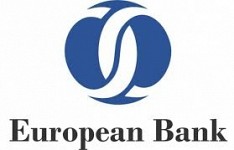 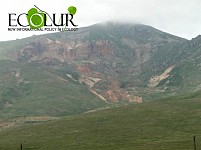