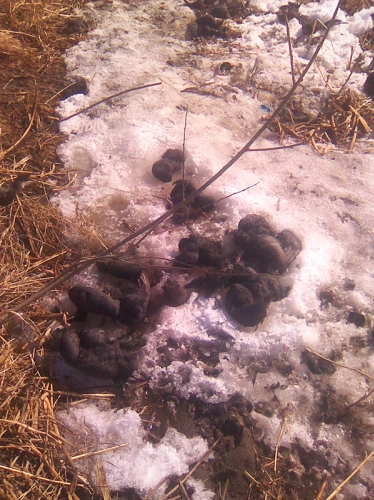 RA Nature Protection Ministry has reponded to EcoLur's publication on the decrease in birds and poaching due to the freezing of the lake. The press release disseminated by EcoLur says, 'From the very first say of lake freezing 'Sevan National Park' of RA Nature Protection Ministry' has set strict control over the preservation of birds. 'Sevan National Park' SNCO and RA Police Divisions have taken measures and set a shift on the estuary of the Arpa River, where a small part of the river is free of the ice and birds gather there.

Control is also exercised on the preservation of the European herring gull in 'Norashen' reserve, as people may approach the islands of the gulls due to lake freezing.

The Science Department of 'Sevan National Park' SNCO is implementing intensive observations over the population of several bird species.

What about the proposal on the artifical feeding the birds, it should be mentioned that ongoing monitoring is carried out and in case any problem arises, 'Sevan National Park' SNCO will try to carry out artifical feeding.