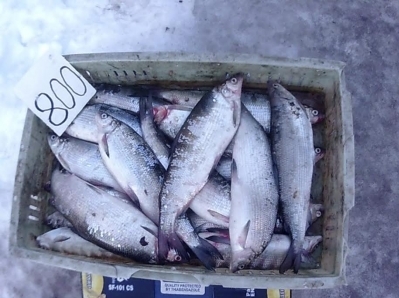 Increase in whitefish reserves has been recorded in Lake Sevan, which is still not sufficient for the permission of industrial fishing in the lake, as RA NAS Zoology and Hydroecology Scientific Center specialist Tigran Vardanyan and Sevan National Park Scientific Deputy Director Vahe Gulanyan reported to Nature Protection Minister Artsvik Minasyan during his vising made to Gugarq region.

As of September, out of planned 93 ha 52 ha has been cleaned and submitted to the relevant committee of Nature Protection Ministry. Artsvik Minasyan assigned the administration of the national park to include more local residents in the cleaning works of littoral areas with free-of-charge provision of timber to them.

Botanical Garden Reviving
Vahe Jilavyan: We Have Sufficient Whitefish Reserves in Lake Sevan
Over 300,000 Trout Young Fish Let Out Into Kartchaghbyur and Masrik Rivers
Alarm Signal: Storks with Polluted Feathers, Deprived of Any Opportunity to Fly Targeted by Dogs in Hovtashen
Inspection In Utilities Companies By Traces of Contaminated Storks