Chemicals at Nairit Plant Shall Be Eliminated, While Khosrov Forest Shall Be Ensured with Communication Means: Discussions at National Assembly
All the pesticides left in the area of Nairit Plant shall be gathered, stored and eliminated using the existing possibilities available

Armenian Police Detected Vulture Hunter
The Armenian Police have detected the hunter of the vultures.Their press release says, 'Due to the measures taken by Armavir Division of Police, it was found

Armenian Police: Hunting of Vultures Couldn't Take Place after 2013
On 4 October there were photos disseminated in the mass media, which showed people with killed red-listed vultures in their hands and a car behind them. The Armenian police have revealed the identity

October 4: World Day of Animal Protection
The animal defenders in Armenia continuously raise the issue of animals kept in captivity, and even red-listed animal species are kept in public places, as well as in individual areas. There are 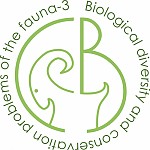 Third International Conference on Biological Diversity and Conservation Problems of the Fauna Launched in Yerevan
Over 60 speakers will present their research on archaeology, faunistics, ecology, parasitology, as well as animal and human health, combating pesticides and weeds, climate

Opportunities for Khosrov Forest Vegetation Recovery To Be Clear in Spring
Under the initial estimates, the total area of the fire broken out in 'Khosrov Forest' State Reserve in August makes up around

Akhuryan Reservoir Fish Appeared in Armavir Fields
Becuase of water outlets out of Akhuryan reservoir for irrigation purposes, you can find fish in the gorges and fields of Armavir Region, as Hovsep Ghazaryan is beating an alarm signal

Byurakan Observatory Park To Turn into Dendropark
The park of Byurakan Observatory of NAS RA may turn into a dendropark: as Information and Public Relations Department of RA Nature Protection Ministry informs, several years ago NAS RA applied to Armenian PM with 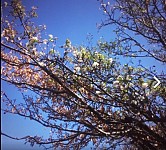