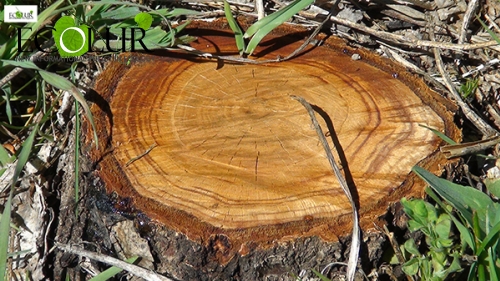 13 trees have been cut down at 3/9 Totovents in Nork, as the local residents are beating an alarm signal to Yerevan Aldermen's Council member Anahit Bakhshyan and in this regard, the latter has submitted a report on crime.

'On 18 June, Sunday, I have received an alarm signal from the resident at 3/9 Totovents in Nor Nork 2, who detected the stubs of 13 felled down trees in the morning in the park adjacent to their building and some guys attempting to close the areas. I immediately spoke to Head of Nor Nork administrative area Mr. Ulikhanyan, who confirmed that the construction permit is legal, but no tree felling permit has been issued. Who has executed illegal tree felling in this area,' Anahit Bakhshyan says in her report on the crime.

Environment Ministry Reponse to EcoLur in Regard to SHPPs
Alternative Energy in Lori Region To Reduce Pressure on Forests
Year 2020 - Energy Efficiency Year
Dzoraget in Claws of HPPs: Who Are HPP Owners?
Refutation Demand from Minister Erik Grigoryan