Yerevan Canal and Riverbeds Being Cleaned
On 3 March the process of cleaning riverbeds and canals flowing in the five administrative districts in Yerevan has been launched. The main goal of this event is to ensure free-of-obstacle 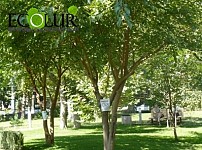 “Armenian Cooper Program” Allotted 110 Tons of Slag to Alaverdi Town Municipality Containing High Concentrations of Lead, Arsenic and Chrome
The town municipality has covered all intracommunity roads, the yards of schools, kindergartens and residential buildings with 110 tons of slug produced by the copper smelting combine owned by “Armenian Copper Program”. After snow smelting 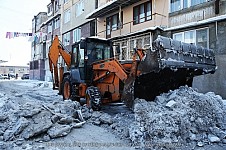 Snow Cleaning Continues on Pavements, in and among Yards
Snow cleaning works have transferred from main and secondary streets of the city to yards, pavements and areas among yards. This process has been

Alarm Signal: Flood Jeopardizing to Yerevan After Freezes and Heavy Precipitation
Yerevan may face flood after this freezing cold and heavy precipitation, as environmentalists are beating an alarm signal. In her interview with 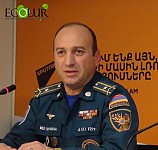 Yerevan Rescue Department Head Hopes No Flood Will Occur in Yerevan
'I don't think that we will experience floods during melting in Yerevan. The city has water discharge channels, which operate. Let's hope that everything will be good

Yerevan May Face Dangerous Situation in Regard with Temperature Increase
Because of long-lasting winter and excessive precipitation Yerevan may face a dangerous situation at the beginning of the spring and during melting, especially when a drastic increase in temperature is observed. This situation was discussed

Planned to Make Green Areas of Common Use 916 Ha by 2020
It's planned to make the total use of green areas in Yerevan 916 ha by 2020, which will result in annual consumption of 1831 tons of carbon dioxide. By 2020 it's planned to carry out wide-scale tree planting 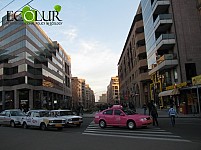 Resident: 90% of Stepanavan Heated with Wood
'Today the minimum salary in Armenia is 55,000 AMD and with such low amounts people shall pay for such high prices of gas and electricity...these tariffs are nonsense

Green Area per Person in Yerevan Falls Behind International Standards
The amount of green plants for 2015 made up 6758.5 ha. Green area per person has made up 7.6 m2, which has fallen international standards. According to the World Health Organization, each person needs

6000 Pine Tree Branches Provided for Main Christmas Tree in Yerevan (Photos)
The installation works of the main Christmas tree in Republic Square, Yerevan, are in full progress. ‘ArmForest’ SNCO has provided 6000 pine tree branches from Hrazdan Forestry Enterprise, which have resulted from sanitary

Metsamor Nuclear Town Speaking
There isn’t even a map, which would show the direction of the pollution of nuclear power plant. For example, as much as I know, Metsamor is safer than

Tree Felled Down During Cleaning Week (Photos)
In February 2016 EcoLur received an alarm signal from a Yerevan resident, that a morus tree had been cut down in their yard located