Lighting in Victory Park and Mashtots Avenue Changed with Funds Saved from Energy Efficiency in Yerevan
The projects aimed at energy efficiency in Armenia give their results; particularly Yerevan Municipality saved

Crow Nests Destroyed in Yerevan
The International Bird Day is celebrated on 1 April to draw people’s attention to the problems of the preservation of these small creatures. To what extent the birds are safe in our

Why Yerevan Mayor’s Statement “Construction Programs Are Impermissible in Green Areas” Don’t Refer to “Rich”, "Santa Fe" and Other Cafes Constructed in Ring Boulevard?
The areas of Rich", "Santa Fe" and other cafes continue to be diggen located in green zones, which can result in the drying up of surrounding trees. Ring Boulevard and Victory Park are 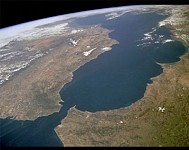 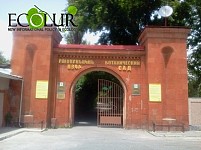 Tree Lessening Works in Process in Botanical Garden
Today EcoLur has received an alarm signal that a tree is being cut down in the Botanical Garden, Yerevan. EcoLur contacted Deputy Director of the Institute of Botany of NAS RA Gagik Movsisyan who said that tree pruning and lessening works

7000 Trees Pruned in Yerevan
7000 trees have been pruned in 12 administrative areas of Yerevan, as the Information and Public Relations Department

Ashtarak Mayor: New Financial Support Needed for Development of New Landfill Site
Ashtarak Mayor told EcoLur, “In spring and autumn season our residential areas are covered with smoke clouds because of burning down agricultural remainders, tree branches and leaves. If a certain amount of garbage

"Dingo Team" Claims "Unigraph X" Lets Out Sterilized Dogs Having Infectious Diseases for Humans
"Dingo Team" claims that the sterilized dogs let out by “Unigraph X” have diseases infectious for the humans. In her interview with EcoLur Dingo Team Coordinator Gohar Mamikonyan said that they had found 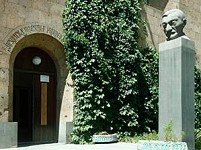 "Optimization" of Tamanyan Museum
The Armenian authorities are haunted by the museum after Alexander Tamanyan for over 10 years. The intention to combine its with the Museum of Architecture arose 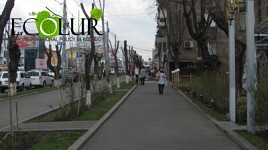 Yerevan Municipality Warning: Mainly Elms Subject to Deep Pruning
From 1 March the spring pruning of the trees will launch in Yerevan. As Yerevan Municipality informs, deep pruning will be applied only trees with destroyed root system, which are mainly elms: they account