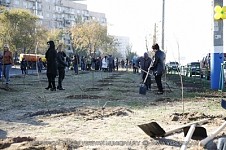 60 000 Trees and Shrubs Planted in Yerevan in 2014
In the framework of "Yerevan Development 2014" program, as well as annual landscaping works 60 000 trees and shrubs 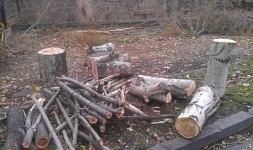 Deep Pruning of Trees In Yerevan Reminding of Tree Felling in Dark and Cold Years (Photos)
The pruning of trees conducted in Yerevan reminds us of the cold and dark 90’s when people cut down trees to burn them. Though the situation

Alarm Signal from Kajaran: Our Children in Hospital Because of Dust (Photos)
A resident of Kajaran town in Syunik region of the RA alerts that the town is totally in dust 3-4 hours a day. According to the resident the dust arises from Kajaran

What the Milliards Intended for Landscaping in Yerevan Are Spent On
According to the data of “Transparency International” anticorruption center within 1990-2007 green areas in Yerevan decreased about 3 times.

On November 8, 20 Thousand Trees to Be Planted in Yerevan
On November 8 tree planting will start in Yerevan. 20 thousand trees and about 2 thousand bushes will be planted

Unigraph Actively Collecting Stray Dogs "To Neutralize" Them
EcoLur has received an alarm signal from Avan residents that “Unigraph X” organization is taking stray dogs without any discrimination. “We have two cubs near our building, whom we regularly feed and I have

Yerevan Getting Ready for Clean-up and Tree Planting
Yerevan is getting ready for the clean-up and tree planting. On 20 October at the regular working meeting held at Yerevan Municipality the persons in charge reported to Mayor Taron Margaryan

Tree Pruning To Be Launched in Yerevan from 1 November
From 1 November, upon Yerevan Mayor Taron Margaryan’s assignment, the sanitary pruning of dried and

Number of Trees Reduced in EIA of Yerevan Road Construction Project
Under the program, 85 land areas will be project affected, thus including 70 households and an area of 26,580.38 m2. Because of the road construction, different sorts of vegetable loss will annually account for 588.648 kg, 3603 fruit trees and bushes will be affected, together with 274 timber trees and 188 decorative trees