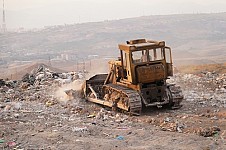 S.O.S Sevan Initiative's Open Letter to RA National Assembly
During the discussion, the impermissibility of the negative balance of Lake Sevan was mentioned, but nobody said that

What Kind of Projects Has Been Implemented Due to Additional Water Intake from Sevan: Enquiry to Ministry of Energy?
What projects have the sums received as a result of the additional water intake carried out in 2008, 2012, 2014, 2017 been directed to? 'EcoLur' Informational NGO has addressed this and other questions in

Open letter from Amulsar Protectors To Armenian Deputy PM Tigran Avinyan
It’s approximately 50 days since the construction works in Amulsar have been stopped and we have been shifting on 4 roads leading to the mine. We have undertaken the protection of our rights and nature taking all the risk and responsibility

Again About Qaghtsrashen Project Risks: Meeting with Kotayq Regional Head
The activists the presented the risks of Qaghtsrashen gravity irrigation system project implemented with the loaning funds of US $10 million of

Who Will Bear Responsibility for Residents' Health in Mining Areas?
The intense development of metallic mining in Armenia is accompanied with health problems in line with environmental pollution. Over many years the residents living next to developed mines and

Whether "ArmOil" Oil Processing Plant Risks for Life and Health Studied?: Inquiry to MES
EcoLur has sent an inquiry to Ministry for Emergency States in the risks of oil-processing plant constructed by 'ArmOil' CJSC in Yeghvard Town, Kotayk Region. The inquiry says

Proposal to Armenian Government to Establish a Multi-stakeholder Council Adjunct to Executive
Inga Zarafyan, President of 'EcoLur' Informational NGO, Coordinator of "Supporting new reforms in SHPP sector through CSO-government dialogue" project has applied to Armenian PM Nikol Pashinyan with a 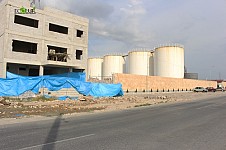 Arpa River Turned into Red
On 16 June, the photos of the Arpa River were disseminated on Facebook Social Network, where the river had a red colour