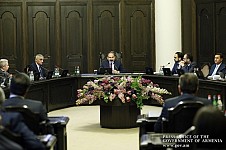 Nature Protection in New Program of New Government
“With this program, we announce about the launch of the economic revolution,” Armenian PM Nikol Pashinyan stated

Lena Nazaryan, Alen Simonyan and Vahe Enfiajyan Elected as Vice Speakers of National Assembly
On January 15, the work of the first session of the RA NA seventh convocation continued

Ararat Mirzoyan Elected President of National Assembly of Republic of Armenia
On January 14, as a result of secret ballot, Ararat Mirzoyan was elected RA NA President with 131 for and 0 against votes

Ararat Mirzoyan To Be Nominated as Parliament Speaker: Lena Nazaryan and Alen Simonyan Nominated as Vice Speakers
Upon the administration of 'Civil Contract' Party and Acting PM Nikol Pashinyan's proposal, Acting First Deputy PM Ararat Mirzoyan will be nominated for the position of the Speaker of RA National Assembly, while MPs

Nikol Pashinyan: Nuclear Power Plant Makes Armenia State Possessing Nuclear Technologies
'Metsamor has a specific significance in terms of economic development and vision of Armenia. Here the most strategic object of our country is located, the Armenian nuclear power plant 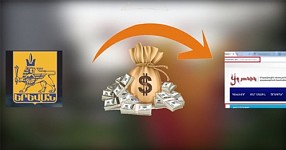 Tehmine Yenoqyan: Greening Contests Held in Yerevan Had Formal Nature
Greening sector has been monopolized by the former city authorities in Yerevan, while the open contests had a formal nature. This fact has been detected by journalist Tehmine Yenoqyan, who is now a

What Are Environmental Programs Proposed by Political Powers Taking Part in Parliamentary Elections?
The election campaign of the snap elections to the National Assembly was launched on 9 December 2018 with the participation of 11 political forces

Nikol Pashinyan Not Elected as Armenian Premiere
No MP voted for his respective candidacy, eleven lawmakers voted against it, and one legislator abstained

Under Estimates, Hayk Marutyan Elected as Yerevan Mayor
The My Step bloc has garnered 81.06 percent of votes (294,109 voters) 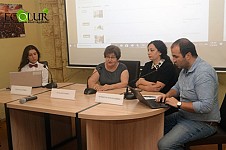