Aragats Residents Against SHPPs: How This Problem Will Be Solved? 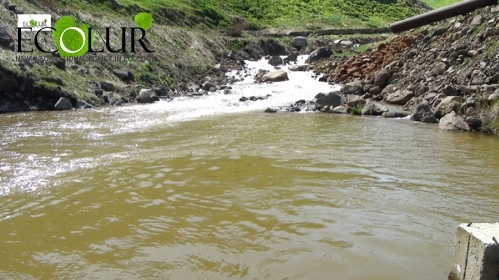 Aragats Village residents, Aragatsotn Region, are today holding a protest demonstration against the operation of SHPPs constructed on the Gegharot River. They are demanding to entirely stop the operation of SHPPs, as their operation resulted in the change of the water quality and the crop irrigated with this water gets rotten. There are two SHPPs constructed on the Gegharot River – “Gegharot” and “Aragats-1” SHPPs.

In his telephone conversation with EcoLur, one of Aragats residents said that they are not going to block the road but going up to the head sections of the SHPP to dismantle the dams of the SHPPs. Nevertheless, they haven’t taken any measures that RA Environment Ministry informed that their problem will be solved.

As Press Secretary of Ministry of Environment Armen Vardanyan told EcoLur, today Minister Erik Grigoryan has received the residents of Aragats Village. It has been decided to solve this problem within the scopes of the law. The employees of “Environmental Monitoring and Information Center” SNCO of the Ministry are carrying out the monitoring of the water of the Gegharot River. A working group has been established at the Ministry in this regard, which will explore the findings of the water monitoring and will present its option for the solution to the problem. At the meeting, the Minister proposed the residents to take part in the summary of the performance of the working group.

Reminder: the residents of Aragats community held a protest demonstration against SHPPs in March this year through blocking Yerevan-Vanadzor interstate road.

At that time, the Association of Renewable Energy Producers disseminated information which says that the companies having constructed SHPPs on the Gegharot River relate the change in the quality of the river water with the quake occurred in 1998.