Residents of Akhtala in Armenia are worried about their children's health. Dangerous heavy metals are to blame
The residents of the Akhtala enlarged community in Armenia are concerned about the health of their children because of the concentrations of arsenic and other dangerous heavy metals in children's organisms found during recent biomonitoring

Tumanyan Area Shall Become Safe for Human Health: Demand Posed by Armenian and Czech Conference
According to studies, 94% of the samples taken from the children living near Nahatak tailing dump contained arsenic

Alaverdi Copper Smelting Plant Stopped Its Operation: Pollution Continues
Thus, chickens kept in the home are contaminated with dioxins and polychlorinated diphenyls. At the same time, the amount of detected dioxins and diphenyls

Premiere of EcoLur's New Film "You Are Owner of Your Own Rights"
How natural rights are violated in ecological hot spots, what causes tens social conflicts, how people fight for their rights and who wins - it’s all about EcoLur’s new film 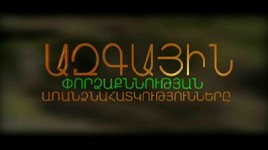 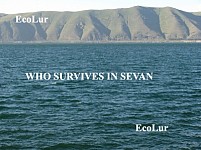 Topic for Reflections: Whether Teghout Project Needs Christian Blessing Symbolized by Black Bull
We would like to remind that “Victims of Black Bull” documentary shot in 2007 (produced by EcoLur) shows the official opening of Teghout project, where the symbol of the project was presented – golden bull or calf. At the opening

EcoLur Presenting Internet Version of “Eminent Domain” New Documentary Reel
On one scale is the will of small village residents, while on the other scale is ZCMC, governmental