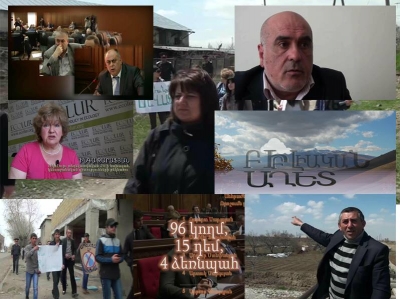 “Biblical Disaster” film is already available on the internet. The film present the problem of Ararat Valley and Lake Sevan, how water resources are managed and why the villagers are left without water.

This video was made possible by the support of Counterpart International’s Civil Society and Local Government Support Program and the generous support of the American people through the United States Agency for International Development through EcoLur. Content, views and opinions expressed herein are those of EcoLur and do not necessarily reflect the views of Counterpart Armenia, USAID or the United States Government.”