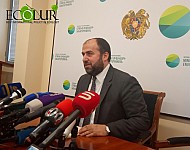 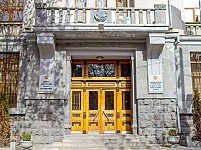 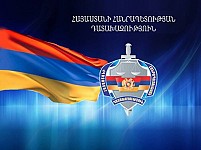 18 People Pressed with Charges for Detected Corruption Abuses and Illegal Tree Felling in Stepanavan Forestry Enterprise
As a result of illegal tree felling carried out in the branch of this forestry enterprise, the state has incurred damage of 101,438,250 AMD out of which around 4 million AMD has already been recovered

Over 600 Trees Illegally Felled Down in "ArmForest" SNCO
From 29 March to 22 April 2019, 662 illegally felled down trees were detected in the forestry enterprises of "ArmForest" SNCO

Policemen Detained Driver for Illegal Tree Felling
Within the frames of combating illegal tree felling, policemen from Tumanyan Division stopped the car driven by Samvel M. born in 1987 on the road in Qarinj Village at about 20:00 on 20 April

During the public trial, the participation and liability of the competent bodies of Armenia for loss of forest-covered areas, degradation of forest areas, replacement of high-value tree species with low-value species, loss of unique forest landscapes and biodiversity, activation of erosion and landslide processes and drying up of springs as a result of poor management of forests were discussed

84% of Crimes against Environment Relate to Illegal Tree Felling
953 cases of crimes directed at the safety of the environment were recorded in 2018, out of which 801 cases or around 84% were the cases of illegal tree felling