"My Step" Against Discussing Matter on Detection of 10% Share Owners 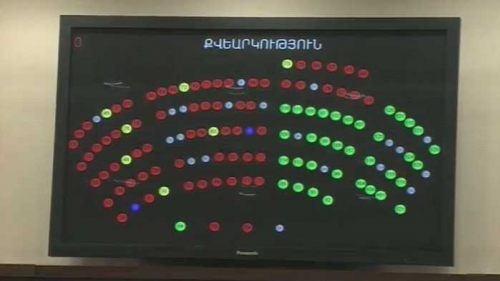 The parliamentary faction of the National Assembly “Bright Armenia” submitted to the parliament a draft, which would allow the real owners of the mines to be identified, irrespective of their ownership share.

The MPs, however, are against this. In particular, on behalf of the Economic Commission Hayk Gevorgyan announced that the project should be voted against, as it is currently untimely.

The MP explained that the list of those with 10% or more share of mines is currently being prepared; if that is not enough, they are ready to address this issue in the future.

Chairman of the Economic Commission Babken Tunyan added that if the 10% threshold is lifted, processing all this information would increase serious administrative costs.

Despite opposition from “Bright Armenia” lawmakers, the “My Step” voted against, and the draft was removed from the agenda without discussion.