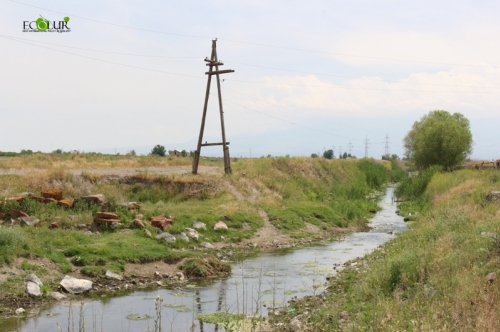 “The Armenian Nuclear Power Plant” (ANPP) CJSC is not performing its tax commitments towards Taronik Community in Armavir Region. As Taronik Community Head Armen Khlghatyan mentioned in his interview with EcoLur, “Sev Jur” and “Prud” pumping stations are located in the administrative area of Taronik Community, the 14-kilometer-long pipeline supplying water to the ANPP runs through the community area together with Prud reservoir, which occupy around 36 ha of the area.

“The matter of the ANPP buildings located in the community is not regulated in terms of law. If they were regulated, large taxes should have been paid,” Armen Khlghatyan said.

He showed to EcoLur the copies of the letters sent to competent governmental bodies in this regard in different years. The last letter was sent in March 2018 to the then PM Karen Karapetyan, which says, “We would like to inform you that “The Armenian Nuclear Power Plant” (ANPP) CJSC used buildings and land areas in Taronik Community in Armavir Region without state registration in an illegal manner.  “The Armenian Nuclear Power Plant” (ANPP) CJSC has been warned about it many times, nevertheless, no relevant measures are taken by the company. We are requesting to support us to solve this problem.” This problem hasn’t been regulated so far. 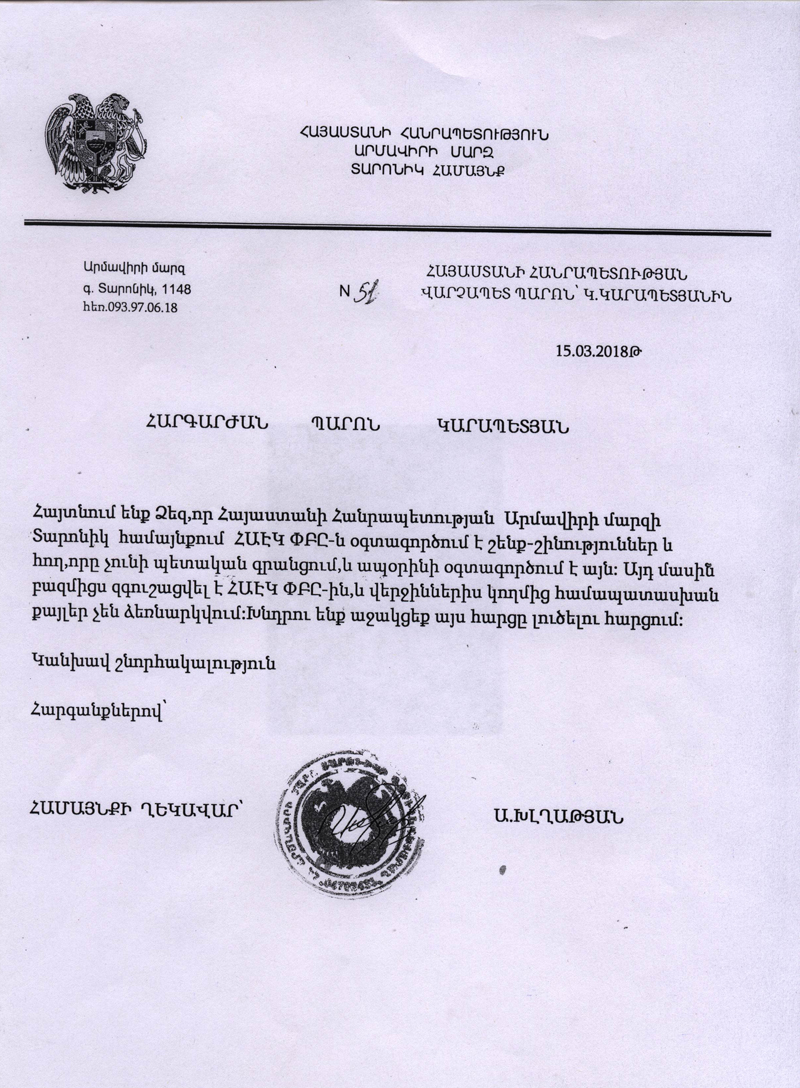 It should be mentioned that the ANPP not only takes water from the area of Taronik Community, but also lets out its water here.