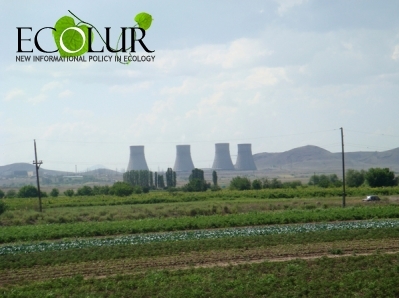 EcoLur NGO conducted a social survey in 2018-2019 in 12 communities of Armavir Region located at a distance of 5-10 km from the Armenian Nuclear Power Plant. The aim of the study was to find out the level of preparedness for radiation exposure in the communities, as well as the social state. EcoLur team has visited Armavir and Metsamor urban communities, Arshaluys, Aknalich, Aratashen, Artashar, Yeghegnut, Zartonq, Hovtamej, Mayisyan, Mrgashat and Taronik rural communities.

During the meetings, “How to Protect Yourselves in the Event of Nuclear or Radiation Accidents” leaflets were distributed to the participants. Information leaflets were also posted in public areas of the community during the survey.

By filling out a questionnaire (16 questions), 67 local residents and 12 local government heads were interviewed for social surveys, and interviews were conducted in this regard.

The studies have revealed:
• The safety of ANPP Impact Zone Communities is nօt ensured in case of radiation accidents.
• Residents' knowledge of radiation and environmental safety requirements is superficial, often contradictory, even diametrically opposite.
• The overwhelming majority of respondents, 95%, were unaware of the new government's nuclear energy policy.
• There is no cooperation between the ANPP and the impact-zone communities. The public is not involved in ANPP programs, further re-equipment of the plant, decision-making in the field, and no such discussions were held in the communities studied in the ANPP impact zone.
• The ANPP and the government have no social programs for the communities and do not support them.
• The local population has no information on the monitoring of air, water and soil contamination in the ANPP impact zone, as well as on the qualitative composition of agricultural products produced; their progress and final outcomes. Even if analyses are performed, the population is not aware of it.
• Residents are insufficiently aware of the potential hazards of radiation, and there is no adequate means to prevent and respond to it.
• Community-based health facilities and residents lack stable iodine preparations for thyroid blockage.
• Personal protective equipment intended for population protection, masks, did not have 100% of the surveyed residents.
• There are no community-based shelters and other protective facilities in the national plan. The basements and sports halls designated as temporary hideouts do not meet the elementary requirements for areas and structures to be protected from radiation hazards. There are no guiding posters for community evacuation, evacuation plans in the communities, no danger alarms.
• Electricity tariffs for ANPP residents are the same as for all RA citizens. Impacted communities do not have a subsidy mechanism. Seventy percent of locals use firewood for heating because electricity and gas tariffs are high.
• ANPP is not included in the list of organizations envisaged by Law on Targeted Use of Environmental Taxes Payable by Companies. Communities do not have the status of an “impacted community”. The residents of communities are deprived of the right to receive an environmental tax exemption from the ANPP for implementation of environmental improvement projects. They cannot also dispute any decision in court.

The studies have been conducted by the team of “EcoLur” NGO and the volunteers involved within the project "Toward the energy paradigm changes in South Caucasus", donor - Brot für die Welt Protestant Development Service, sub grant - Green Alternative (Georgia). The findings of the study are summed up in “INTERIM REPORT ON SOCIAL STUDY IN COMMUNITIES LOCATED IN IMPACT ZONE OF ARMENIAN NUCLEAR POWER PLANT” document, which can be found here.