ANPP-Impacted Yeghegnut Community Not Ensured In Terms of Nuclear Safety
The impacted community doesn't have anti-radiation shelters, there are no posters guiding in case of nuclear hazards, no nuclear safety plan

Armenian NPP: Questions Left, Still No Answers
The Armenian Nuclear Power Plant together with large hydro cascades (Vorotan) remains the basis for the entire energetic system in Armenia, as specialists in energy claim – organizers and participants of the panel discussion entitled 'Perspectives of Development of Nuclear Sector in Armenia.' 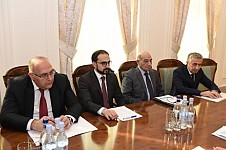 Bundle of Problems in Artashar Community: in ANPP Impact Zone, Polluted with Sewage and without Irrigation Water
Artashar community with a population of 1460 people is located in the ANPP-impacted zone at a distance of 7 km; nevertheless, there are designated shelters in the community

What To Do in Case of Radiation Danger: Residents of Communities Adjacent to ANPP Not Aware of Protection Measures
EcoLur has carried out an information campaign in the ANPP-impacted communities with the purpose of conveying necessary knowledge to the residents: flyers were posited in rural municipalities, schools and visible public places, which say:

ANPP 67 Employees Handed in Resignation Letters: Displeased with Little Increase in Salary
'Like in other objects of energetic system, there is an optimization process launched in Armenian Nuclear Power Plant, as a result of which 151 positions will be made redundant.'

"Diseases Increased, Vegetation Died Out: Problems in Aknalitch Community Near ANPP Are Numerous
We live in a dangerous zone, in the first zone, if something happens we won't be able to run away. Taking it into consideration our

It Is Planned to Construct New Warehouses for Radioactive Wastes and Spent Nuclear Fuel
Having a small territory Armenia has to find a way out for the safe management ent and burial of radioactive wastes (RW) and spent nuclear fuel (SNF). In the past, they used to be transferred to Russia for specially designated places 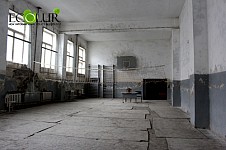 No Safe Shelters in Arshaluys Community Near ANPP
Arshaluys community with a population of 3900 people is one of the nearest communities the ANPP – it is located at a distance of 4 km only. Nevertheless, it is not equipped with special shelters and protective means in case of