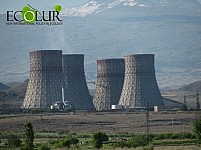 Prime Minister: ANPP Has 500 Extra Employees, But ANPP Employees Say Qualified Employees Leaving
I was reported several days ago that the Armenian Nuclear Power Plant has 500 employees, which are, as a matter of fact, extra staff

Energy Minister; Electricity Price Provided to Insecure Families May Be Reduced by 10 AMD
On June 8, at the meeting of the Cabinet Armenian PM Nikol Pashinyan asked RA Minister for Energy Infrastructures and Natural Resources Arthur Grigoryan about the results of the studies on the electricity prices. Minister Grigoryan mentioned that currently 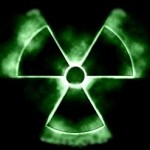 Special Tactical Drills Conducted at ANPP
On May 16, RA Ministry of Emergency Situations held special tactical drills on topic "Organization and Implementation of Monitoring in Case of Nuclear and/or Radiation Nuclear

Whether Armenia Needs Burial Site of Radioactive Wastes?
The main risks of the ANPP connects with, he said, “The most dangerous processes are

ANPP First Power Unit - Donor for Re-equipment of Second Power Unit
The comprehensive studies of the systems, structures, and equipment of the second power unit of the Armenian Power Plant have been accomplished. In the next stage 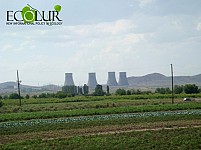 Government Extended ANPP Loan Use Term
At the meeting on 3 May, the Armenian Government decided to extend the term of using the loan of US $ 270 million granted by the Russian Federation from 31 December 2019 to 1 July 2021

EcoLur's Opinion: Radioactive Waste Management Shall Be Maximum Safe and Controllable
The draft doesn't lay down the procedures of modernization, construction, and operation of the warehouses designed for radioactive wastes and spent nuclear fuel, the procedure for 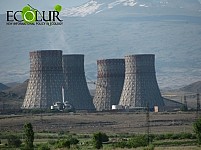 RA National Assembly Ratified Armenia-EU Agreement: ANPP Decommissioning Roadmap To Be Developed
The closure and safe decommissioning of Medzamor nuclear power plant and the early adoption of a roadmap or action plan to that effect, taking into consideration

ANPP Reactor To Be Stopped from 1 June
The modernization and rehabilitation works of the Armenian Nuclear Power Plant will continue during 2018.

Energy Development in Armenia: Public Assessment
At which rates energy is developing in Armenia, who are big system players and what are the demands of the society from the government? EcoLur NGO Expert Victoria Burnazyan covered these questions at the conference “Energy Projects and Violations of Human Rights in South Caucasus” held in Tbilisi

ANPP Reconstruction Will Continue in 2018
The re-equipment and reconstruction project of the Armenian Nuclear Power Plant will be continued. The first five months in 2018 will be a very active

EU Official: Armenian Nuclear Power Plant Should Be Closed Down Soonest Possible
“We believe that the nuclear plant must shut down as soon as possible, as no renovation can make it fully comply with international security requirements,” said Dirk Lorenz, Deputy Head of Division, Eastern Partnership Bilateral, EEAS, at the