Azerbaijani Armed Forced Banned Cassette Weapon in Artsakh
A new weapon fired by Azerbaijan appeared in the territory of the Artsakh Republic, which turned out to be a nuclear cassette weapon with a length of about 40 cm

Due to Use of Phosphorous Weapons, Forests of Artsakh Burning for Three Days
Due to the use of phosphorus weapons by Azerbaijan, the forests of Artsakh are burning. The burning area is more than 150 hectares in Martuni Region in the Artsakh Republic

Statement by Russian Ministry of Foreign Affairs in Connection with Address of Prime Minister of Republic of Armenia N.V. Pashinyan to President of Russian Federation V.V. Putin
In accordance with the Agreement, Russia will provide Yerevan with all the necessary assistance if the struggle will be moved directly to Armenia. 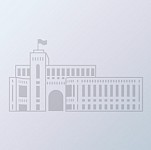 Armenian PM Nikol Pashinyan Addressed Letter to RF President Vladimir Putin
Taking into account the facts of the approaching of hostilities to the border of Armenia and the encroachments on the territory of Armenia, the Prime Minister of the Republic of Armenia addressed the President of the Russian Federation to launch immediate consultations to define the type and the scale of assistance which the Russian Federation can provide to the Republic of Armenia for ensuring its security, based on

Azerbaijan Using Phosphorus Munitions over Nagorno Karabakh, Setting Fires to Forests Next to Civilian Communities
These phosphorus munitions are weapons which use one of the common allotropes of the chemical element phosphorus. White phosphorus is used in smoke, illumination and incendiary munitions, and is commonly the burning element of tracer ammunition

Initiative on Planting 10 Million Trees Launched in Tavush Region
In the first phase of the program, it is planned to plant 1 million trees. About 30 thousand saplings will be planted in the territory of "Ijevan Forestry Enterprise"

RA MFA: Amid the Pandemic, the Hospitals and Other Healthcare Infrastructures Have Been Targeted
Stepanakert and Martakert are under the most intense bombing, which have resulted in heavy damages among civilian population and destruction of civilian infrastructure

Corpses of 30 Armenian Military Servicemen Handed to Armenia
Due to the exceptional mediation efforts of the Russian Federation, the bodies of thirty Armenian servicemen killed during the hostilities were handed over to the Armenian side with the participation of the field team of the ICRC and the Personal Representative of the OSCE Chairman-in-Office

US $ 150 Millions To "We Are Our Borders" Pan-national Fundraising
The leading country in terms of donations is the United States, accounting for 45.3% of the total amount

The Azerbaijani Side Violated Ceasefire Regime Shelling the Armenian Border Guard Positions Located in the South-Eastern Direction, at the Junction With Iran
The enemy continued firing in the direction of the southern border of the Republic of Armenia. There are reports of wounded

Azerbaijan Violated Ceasefire Agreement
On October 26, at around 8:45 am, the Azerbaijani side fired artillery shells at the north-eastern battle positions of Artsakh

Fish Fry of 18,700 Summer Trout Species Were Released Into Lake Sevan
The overall objective is to restore the fish stocks of Sevan trout, which have been decreasing for years in Lake Sevan

Weather forecast in Armenia, 5 Day Weather Forecast
In the daytime of October 26, on 27,31 no precipitation is predicted