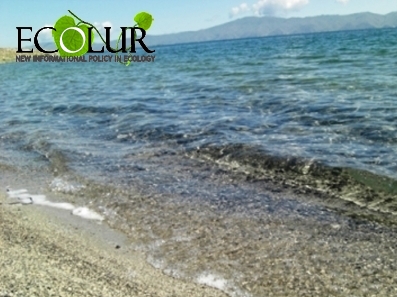 The population of Martuni Town, Gegharkounik Region, took part in the election campaign held by the Armenian Revolutionary Federation in Martuni on 9 March. Most of the demands posed by the people had environmental nature.

Anahit Gevorgyan, Chairperson of 'Community Council of Martuni Women' said in her speech, 'Now our lake is destroyed: it's number one environmental issue for us. SHPPs are being constructed on the rivers supplying water to Lake Sevan. Let anyone say these SHPPs helped them to reduce electricity fees even by 0.1 luma. All endemic fish species and animal species are destroyed being flown into turbines. Lake Sevan has turned into a fish farm, as nitrogen, phosphorus and other chemicals are dumped there. It's unique freshwater lake, and it can't be contaminated. Sotq and Amulsar mines are developed in an opencast manner, which are lethal for Lake Sevan and our population. I do ask you to raise these issues at the National assembly of Armenia.'

In reply ARF representative Aghvan Vardanyan said that any problem must have its solution, 'Sevan will remain at the ownership of the people,' he said.

It should be mentioned the election campaign of the ARF has three points relating to the preservation of environment and exploitation of natural resources.

'1. Natural resources are the co-ownership of the people.

3. Development of such a mechanism, which will exclude overexploitation of natural resources, their depletion, minimization of adversary effect on environment, including on human health and life, ensuring complex management of natural resources and distribution of received income among all members of the society,' the election programme says.