Water Conflict in Astghadzor Community in Gegharkounik Village Should Be Solved Fairly
Poor management affects the water supply in Sevan communities because of the SHPPs constructed on the rivers flowing into Lake Sevan and because of unfair distribution of water springs in the Sevan basin, i.e. their actual

RA Nature Protection Ministry Examining Consequences of Water Outlets on Lake Sevan Ecosystem
From its record height of 1900.91 meters in 2017 Lake Sevan has decreased by 37 cm and has a lower level than that of the same

Lake Sevan Has Negative Balance
As of 19 September, Lake Sevan has a negative balance. As compared with the same day of the last year – 1900.58 m, the level of Lake Sevan has decreased by 2 cm and makes up 1900.56 m, which is lower by 35 cm as compared

Lake Sevan Has Blossomed Up
'Lake Sevan has blossomed up, but the situation was not like this in June,' Satik Badeyan, a member of S.O.S. Sevan initiative and member of Gegharkounik-based 'Territorial Development and Research Center' NGO, is beating an

Whether Government Will Direct Profit Received from Lake Sevan to Lake Sevan Ecosystem Recovery?
Within two months RA Ministry for Energy Infrastructures and Natural Resources will submit proposals to the Armenian Government on the investment programs, which will be implemented with 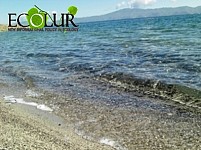 Lake Sevan Decreases and Reaches Last-Year Level
The level of Lake Sevan continues decreasing. As of 11 August, the lake level decreased from its highest peak of June 2017, 1900.91 meters, by 18 centimeters, this, making up 1900,73 meters.