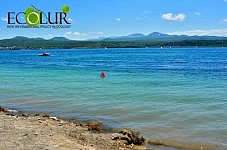 "Night of Ideas": France and Armenia, Climate Change and Sustainable Development
The specialists of the field addressed these and other environmental issues during "Night of Ideas" event held in Yerevan Municipality on January 30, 2020