Lake Arpi getting Empty Because of SHPPs 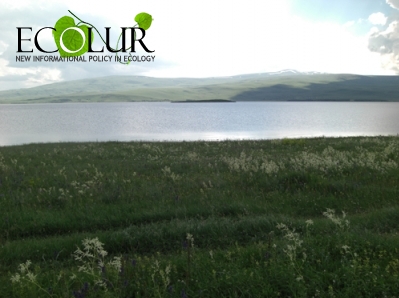 Lake Arpi Getting Empty Because of SHPPs EcoLur Arpi Lake is getting empty because of SHPPs, as Gyumri Aarhus Center Coordinator Gevorg Petrosyan told EcoLur during the conversation. “In summer months we saw how the lake almost completely got empty, because SHPPs were constructed on the Akhuryan River,” Gevorg Petrosyan said. Under him, the water let out from Lake Sevan for the purpose of irrigation is mainly directed to the operation of SHPPs. “The water was let out in the periods, when no serious agricultural problem actually existed. The water was let out in the fall as if for watering the plough lands, which is ridiculous, as we have steady rain precipitation from the late September. So there was no need for water outlet for irrigation purposes, i.e. whatever happened to Sevan, the same thing is happening to Lake Arpi,” Gevorg Petrosyan said.

It should be mentioned that Lake Arpi is included in “Arpi Litch” National Park, which was founded in 2009. The establishment of “Arpi Litch” National Park was funded by German KfW bank, but the same bank supports the construction of SHPPs. According to Gevorg Petrosyan, the SHPP located in the territory of Amasi was constructed with the funds of German KfW bank. “The the funds provided, on one side, allots money to conserve ecosystem, on the other side, funds a program, which promotes ecosystem destruction,” he mentioned.