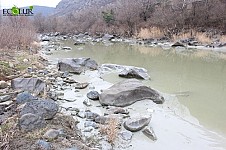 Nikol Pashinyan: If Claims about Dam of Teghout Tailing Dump Were True, It Should Have Collapsed Because of Quake Occurred Yesterday
Let me say at once that if those claims were true, the dam at Teghut tailing dump should have collapsed (or at least cracked, deformed) the day before, because there were 2-4 magnitude earthquakes in the mine area

Society Interested in Safety of Geghanush Tailing Dump Want To Familiarize Themselves with Documents on Examinations
Arshavir Khalapyan, Chairman of the National Anti-Corruption Bureau NGO operating in Syunik Region, has addressed a letter to Teghout CEO Vladimir Nalivayko asking them to provide the Geghanush tailing dump with copies of research documents on the Teghut tailing dump

Court Obligated "Teghout" To Pay Around 250 Million AMD to Ex Director
The court has obligated “Teghout” company to pay around 250 million AMD to Sahak Karapetyan, Ex CEO of the company. After the change in the mine owner, the new owner – VTB Bank, had dismissed him 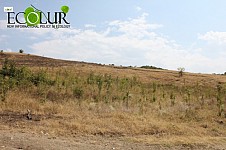 Abuses in Compensation of Damage Caused by Tree Felling for Teghout Operation: Criminal Case Initiated
the monitoring carried out by “State Center for Forest Monitoring” SNCO on 4 September 2018 and on 9 April 2019 recorded that the significant part of the planted tree species in the abovementioned areas haven’t been preserved

Teghout Mine Resumed Operation
The mining permit was issued to the company on 8 July to mine 7 million tons of ore per year, which assumes 15-20 years of mining prospects

“Teghout” CJSC Didn’t Keep Its Promise To Hire Shnogh Optimized Community Members for 60% of Its Jobs
Shnogh and Teghout villagers have recently cleared the road running to “Teghout”CJSC, which they had been blocking since 5 in the morning

Teghout Mine To Start Re-operation in July: New Administration of "Teghout" CJSC Promises
The complete re-operation of Teghout mine will resume starting from July 2019: till then preparatory works preceding the launch of mining operations are in full swing, as Shnogh community residents informed EcoLur

Worker Aged 52 Died in Teghout Mine
On 15 May, Lernik Ramazyan, aged 52, died in the course of rehabilitating the pipelines of the tailing dump of Teghout mine