"Baktek Eco" LLC Entitled to Develop Arjut Gold Mine in Facts and Figures
According to the report by "Baktek Eco" LLC, published on the official website of the EITI Armenia, the Company did not pay an environmental fee to the state budget in 2016, 2017 and 2018

Impact of Nahatak Tailing Dump in Akhtala on People's Health Being Examined (Photos)
The residents in Mets Ayrum, Poqr Ayrum and Tchotchkan villages gave samples of urine, nails and room dust to find out whether the heavy metals and toxic elements emitted from the tailing dump penetrate into the human body through the food chain

"Multi Group Concern": How Company Performed Its Obligations
The company has no financial obligations to close the mine under the soil management contract, which contradicts the decision of RA Government

Mghart Gold Mine Plant and Tailing Dump Constructed without EIA Expert Assessment: Letter with Violations Sent to Prosecutor
“Multi Group Concern” LLC has built a dressing plant and a tailing dump for the development of Mghart gold mine without an Environmental Impact Assessment

The Czech NGO Arnika and the Armenian non-profit organizations CCMS and EcoLur, together with activists, continue to investigate the impact of chemical pollution by mining waste from the Akhtala plant on the health of local residents
They will take urine and nail samples and have them analyzed in an accredited laboratory in the Czech Republic

“Sagamar” CJSC: How Company Performed Its Obligations
The Company has not made any allocations to the Environmental Protection Fund for several years

Teghout Residents Again Blocked Road Demanding Jobs
The residents of Teghout settlement in Shnogh enlarged community, Lori Region, went out to the streets at 6 o'clock in the morning demanding from the administration of "Teghout" CJSC to solve the problem of their hiring 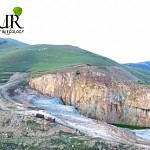 Why Mghart Mining Was Stopped and What Are Mghart Residents’ Expectations from Soil Manager
Mghart mine has not been developed for several years. According to soil management contract No. PV-213 dated on 20.12.2012, “Multi Group” Concern should have developed No. 5 and No. 8 ore bodies of Mghart Gold Mine by 2031 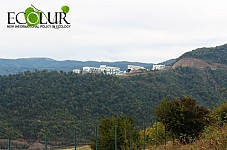 Illegal Tree Felling in Lori Region
Recently, a number of cases of forest violation have been detected in the forest areas of RA Lori Region

Armanis Gold-polymetallic Mine: Monitoring Findings
In the vicinity of Armanis ore processing complex, EcoLur camera captured acid water ponds, acid drainage streams that flow into the gorge, then into the Chknagh River