Merry Christmas and Happy New Year!
May 2022 be a year of peace, achievement, health, caring for nature

WE REMEMBER AND DEMAND
In memory of the Armenian victims of 1915, on April 23, 2020, at 21:00, church bells rang, the lights of the capital Yerevan and the regions of Armenia were switched off, people lit candles in houses and balconies, joining the "Light of the Minute of Remembrance" move 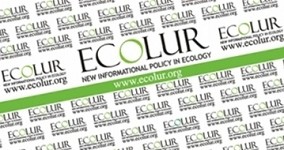 Toys with Uknown Composition Sold in Armenian Market
Toys with the unknown composition are being sold in the Armenian market, which can endanger children's health, as Knarik Grigoryan, “Armenian Women for Health and Healthy Environment” (AWHHE) NGO, said at the roundtable discussion, held at the

EcoLur's Statement on Arthur Grigoryan's Dismissal from RA Environmental and Mining Inspection Head Office
EcoLur believes that one of the unique officials of the new Armenian Government has been dismissed, a person who has volitional properties. During holding his office as an Inspection Head, Arthur Grigoryan has always operated in a transparent, objective manner exclusively within

To all!!! Happe New year and Merry Christmas!!!
Let’s thanks year 2018 for bringing us the spirit of the revolution and the hope for the revival of our country. Let’s do our best to lighten 2019

German Journalists Learned about Environmental Problems and Civil Society Activities in Armenia at EcoLur
On 21 November, EcoLur hosted a number of journalists having arrived from Germany in its press club, who are in Armenia in the frames of

Combating Plastics on 5 June -World Environment Day
Plastic pollution is one of the greatest environmental problems of our time, which is urgent for Armenia as well. Over 800 tons of plastic bags are

Environmental Society to Submit Proposal Package to New Government
Taking into consideration that the authorities in the Republic of Armenia have been changed and a new government has been formed, as well as taking into account the emerged serious environmental problems in the country, which