Project on Construction of New SHPP on Arpa River Rejected 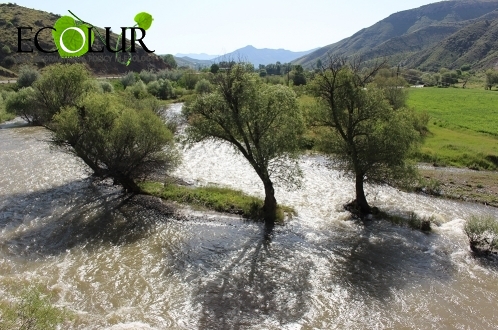 RA Environment Ministry has issued a negative conclusion to the application for the preliminary environmental impact assessment (EIA) for the construction of “Jermukhydro” SHPP on an anonymous tributary of the Arpa River.

"Jinj Arpa Hydro" LLC planned to build a small HPP with an estimated capacity of 2.71 MW on the unnamed tributary of the Arpa River. However, the Ministry rejected the construction of the SHPP on the following grounds:

According to RA Law on "Specially Protected Areas" and RA Governmental Resolution No. 1063-N “On Establishing Jermuk Hydrological State Reserve and Hanqavan Hydrological State Reserve and Approving Their Articles of Association” dated on September 17, 2009, it is prohibited to construct artificial ponds, water distributors, irrigation and drainage systems on rivers, as well as new hydroelectric power plants.

According to the Governmental Resolution N 1059-Ա dated on 25 September 2014 it is planned to create "Jermuk" National Park on the basis of "Jermuk Hydrological" State Reserve, where the "Jermuk Forest" and "Herher Open Woodland" state sanctuaries will be united, which will enable the preservation of the integrity of the ecosystems of Vayots Dzor Region. Therefore, the construction of SHPPs will have a negative impact on the microclimate, which in the future may threaten the stability of ecosystems in these areas, the protection of flora and fauna.

The Ministry did not object to the signing of a servitude contract between "ArmForest" SNCO and "Jinj Arpa Hydro" LLC in accordance with RA legislation, on the condition of not cutting down trees and bushes. The mentioned condition was not taken into account when submitting the project documentation, which envisages cutting 434 trees and 56 bushes.

The majority of the participants in the public discussions were against the implementation of the project:

It should be noted that, according to the Public Services Regulatory Commission, as of January 1, 2021, 5 SHPPs are operated on the Arpa River: Areni HPP, Jermuk HPP-2, Arpa, Arpa-3 and Jermuk-1 SHPPs.