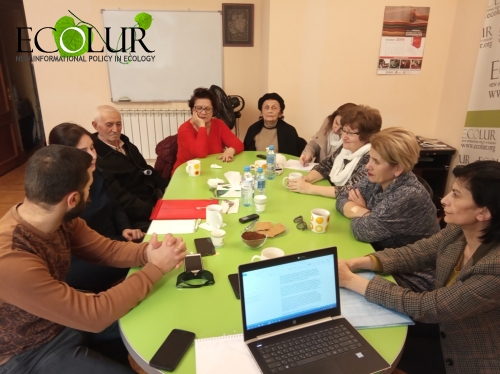 The letter specifically states: “Currently, site development is underway in Dalma Gardens in Yerevan based on Decision No. 5-A dated 11.01.2018.

We hereby request that you suspend this construction immediately for an indefinite period of time, for the following reasons:

1. Recently, it has become known to the public that one of the few historical monuments in the area that has not been deliberately and intentionally included in the list of historical and cultural monuments has been levelled down by the builders.

We request your immediate intervention to suspend the site development in the area straightaway until the issues raised are resolved, a new government decision is made in accordance with the requirements of e RA legislation and a criminal case is instigated by Prosecutor's Office."

The decision to send a letter to heads of state departments was made at a discussion on "Public Litigation as a New Mechanism for Raising Socio-Environmental Issues and Making People in Charge Liable" at EcoLur Press Club on December 19.

The letter was signed by the following NGOs: