Impermissible Processes Towards Mine Development Near Vayq Town: AEF 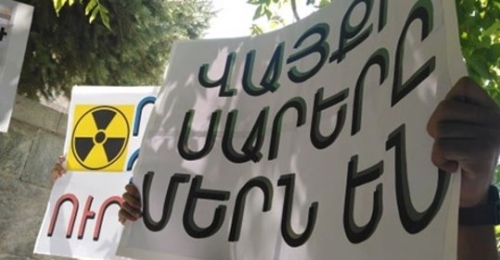 The Armenian Environmental Front Volunteer Initiative has sent a letter to all the deputies of the National Assembly of the Republic of Armenia, the content of which we are presenting to your attention.

Distinguished Members of the National Assembly,

You will probably read this letter on the morning of January 23, as we are beating an alarm signal to a very disturbing event on the same day (we only heard about it on the evening of January 22).

In fact, we are voicing an urgent complaint to the legislature that several day-long company has been set up and submitted a project for public hearings for soil management in Azatek Area, Vayots Dzor, as a result of the lack of shameful legislative gaps and state oversight functions. There are also serious doubts that the newly established company is affiliated with the former having lost its mining permit.

Parliamentarians are urged to address this legal situation urgently, and to be attentive and, of possible, attend personally the public hearings on the preliminary agreement on Azatek gold-polymetallic mine project to be held on January 23. According to the announcement, they should take place at Zaritap community administrative building at 3:00 pm.

We will post up-to-date information on the actions of local residents on Facebook page and in the group of the Armenian Environmental Front.