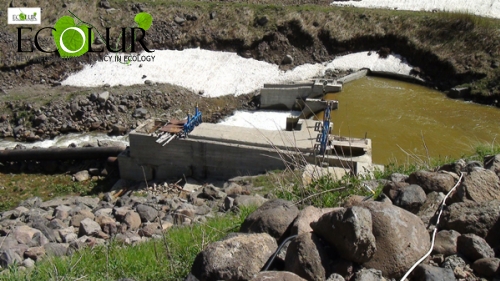 According to RA Minister of Environment Erik Grigoryan's decrees as of August 13, 2019, water use permits issued for the operation of “Gegharot” SHPP by El-Kas LLC and “Aragats-1” SHPP by Vakuflo LLC on the Gegharot River were suspended.

It should be reminded that residents of Aragats village, Aragatsotn Region, have repeatedly complained about the operation of "Gegharot" and "Aragats-1" SHPPs. Since March 2019, they have been protesting demanding the cessation of SHPPs altogether as their water quality has changed as a result of their operation while the crop irrigated with this water gets spoilt.