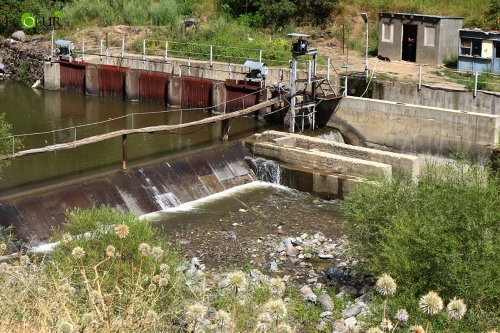 Armenian Government Adopted Resolution on Defining List of Rivers Where SHPP Construction is Banned On 8 April 2021, the Armenian Government adopted resolution "On defining the list of rivers prohibited for the construction of small hydroelectric power plants conditioned with being spawning sites for red-listed or endemic fish species or overloaded with derivation pipelines by 40% and over”.

The draft decision defining the list of rivers banned for the construction of SHPPs has been put into circulation twice since 2017, but was not adopted. Previously, it was proposed to ban the construction of small hydropower plants on 22 rivers, but by under the resolution reached, 3 of them were added to those rivers: Metsamor, Voskepar and Bakhtak.

The resolution prohibits the construction of SHPPs on 25 rivers: 1) Argitchi, 2) Masrik,

The specification of the list of rivers were based on the results of the recent comprehensive study conducted by the Institute of Hydroecology and Ichthyology of Scientific Center for Zoology and Hydroecology of NAS RA and Department of Biology, Chemistry and Their Teaching Methods of the Armenian State Pedagogical University after Kh. Abovyan, as well as the results of the loading of small hydroelectric power plants on rivers presented by Department of Licenses, Permits and Agreements of RA Environment Ministry.

It should be mentioned that EcoLur was the first to develop the method of calculating the load of rivers with SHPP derivative pipelines and applied this method back in 2014, assessing the risks of rivers overloaded with SHPPs, then EcoLur applied the same method to calculate the load of 70 rivers overloaded with SHPPs within the frameworks of UNDP/GEF-funded "Support to SHPP-relating reforms through the dialogue of public and RA Nature Protection Ministry for Sustainable Use of River Ecosystems” and "Supporting new reforms in SHPP sector through CSO-government dialogue" projects implemented in 2014-2018.

Within the frameworks of these very projects, Samvel Pipoyan, Associate Professor at Department of Biology, Chemistry and Their Teaching Methods of the Armenian State Pedagogical University after Kh. Abovyan, as a Project Expert, studies the fish world of the river and the latest relevant data were published in the document entitled “Outcomes of "Supporting new reforms in SHPP sector through CSO-government dialogue" project.

RA Ministry of Nature Protection also took part in the implementation of these programs, which was provided with the results of the program, including the list of rivers overloaded with SHPP pipelines.

It is commendable that the work done by EcoLur and Project Expert Team continues to help solve SHPP issues. Let's hope that this time the draft decision will be adopted by RA Government.