Who Stands Behind Ijevan Protesters? 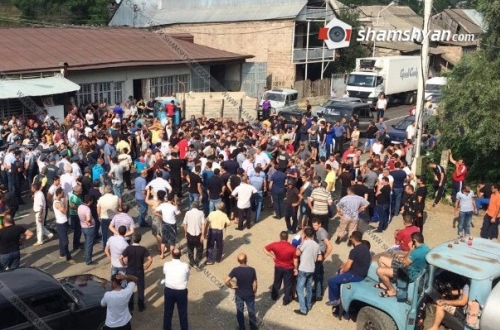 In the evening of 17 July, there was a clash between the protesters and the policemen in Ijevan Town, Tavush Region. The Tavush residents had blocked Yerevan-Ijevan interstate road complaining against the reinforcement of the regime against illegal tree felling. 14 people were damaged as a result of the clash – 12 policemen and 2 citizens. According to the press release of the RA Investigative Committee, 13 people have been arrested with the suspicion of hooliganism with the use of weapons by a group of people, 6 more people have been released under the signature not to leave the country. The road was cleared after the midnight.

For our part it should be mentioned that the main customer of illegal tree felling and the instigator behind the protesters is the forest business. Definitely, people having taken part in the protest demonstration, are a small and emerging part of this business. In the course of the investigation of this case it should be focused who backs these people. Otherwise, there will be new people who will be willing to work for forest mafia.

The supervision and registration of illegal tree felling has been carried out insufficiently as a result of which Armenia has lost and continues losing its valuable forest which must be combated, on the one hand, making supervision regime stricter and, on the other hand, ensuring alternative fuel and alternative working places for the residents of near-forest communities, introducing special programs and reducing social tension.