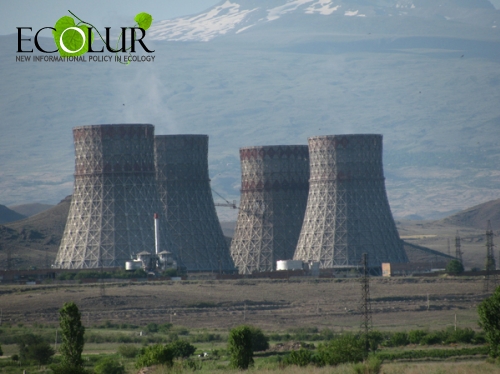 According to this source, the two thirds of the works planned within the ANPP second power unit lifetime extension and modernization are about to be accomplished, while only US $136 million has been spent instead of estimated US $205 million and savings made up around 34%. Reminder: The term of this power unit expired in 2016. Nevertheless, the government decided to extend the operation lifetime of the second power unit for another 10 years taking into consideration the serious lack of basic capacities. For this purpose, Russia has granted a loan of US $ 270 million and a grant of 30 US$ million to Armenia.

Yerevan Mayor: "No Green Zone Will Serve Other Purposes Under My Rule"
Criminal Case Instigated: Buildings Owned by Ex Police Head Constructed Below Absolute Mark of 1905 on Lake Sevan Shore
Amendments Made to Draft on Industrial Fishing of Whitefish in Lake Sevan
Violation in Argitchi SHPP: Damage of 168,840 AMD Caused to Environment
License of Security Company Hired by Lydian Armenia Suspended