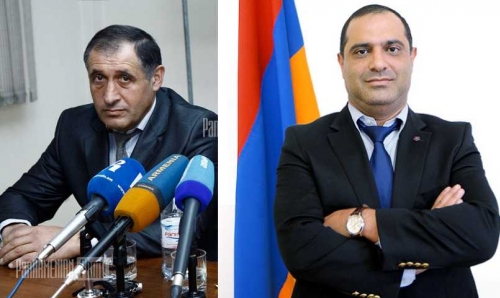 Artur Beglaryan, already dismissed Head of Fauna Control Unit of Biodiversity Control Department of Environmental and Mining Inspection Body, insists EMIB Head Vigen Avetisyan conceals the case of illegal logging.
According to Artur Beglaryan, Vigen Avetisyan was dismissed from his office on February 28, 2020, because he had provided law enforcement with information on concealed illegal actions. According to Arthur Beglaryan, on the instruction of Vigen Avetisyan, an inspection was carried out at Dilijan National Park SNCO on August 21, 2019.
It was revealed that illegal felling caused damage to the flora in the amount of 28,021,000 AMD, which was reported to Vigen Avetisyan so as he passed the inspection materials to law enforcement bodies. However, the materials were not provided to law enforcement agencies.
On January 30, 2020 Artur Beglaryan filed a report to RA Prosecutor General Artur Davtyan on this case.
On February 28, 2020, a decision was reached to institute criminal proceedings and to accept the report into proceedings. On that very day Vigen Avetisyan dismissed Arthur Beglaryan. Beglaryan qualifies this as retaliation, and appeals to RA Prime Minister the decision to dismiss him. Prime Minister Staff offered Artur Beglaryan to call upon to court.