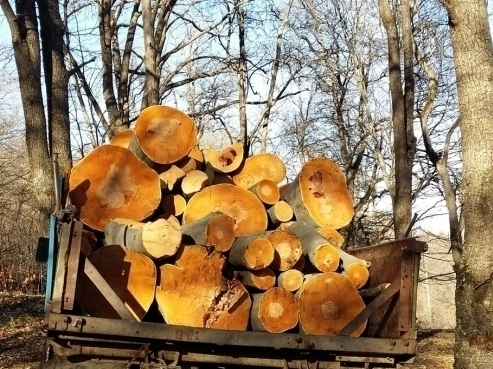 On September 13, the Ural truck loaded with 10 cubic meters of timber on the Berd-Gandzakar road was overturned, after which the cargo was emptied, the car was straightened and driven to Gandzakar Village. According to the measures taken, Ijevan police officers discovered the truck. The four passengers were reported to Ijevan police station, and the 39-year-old driver was detained along with the truck. It turned out that at around 7:00 am they had cut down about 10 cubic meters of wood from the forest in the village of Itsaqar and loaded the car. The driver of the truck also presented to the police a hunting rifle stored in the saloon. Expertises have been appointed. Materials are being prepared.