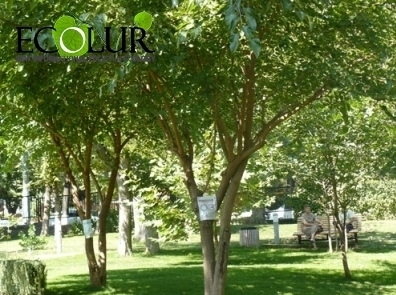 Ara Aghayan, Director of "Landscape Gardening and Environmental Protection" NPO of Yerevan Municipality, said this during his press conference in "Armenpress" press hall.

Some of the tree seedlings, shrubs and flowers will be used by NPO from its own greenhouses and nurseries.

Touching upon the implementation of landscaping works in those areas after the dismantling of the cafes in the Opera area, Ara Aghayan mentioned that the municipality is in litigation with the business entities in those areas, at present it is not possible to carry out any work.

Touching upon the implementation of the improvement works envisaged in a number of parks of the capital, Aghayan mentioned, “Abovyan Park should be improved and landscaped this year, an irrigation system has been installed in Saryan Park. We will carry out some landscaping works in Malatia-Sebastia community, projects are being developed. This year we will test the irrigation system in Saralanj. After solving the water problem, we will carry out large-scale earthworks in parallel.

Our specialists are also developing a landscape project of an 8-hectare area in front of Tsitsernakaberd. Large-scale landscaping works are also planned there.”

Large-scale irrigation system works are planned in Yerevan this year. According to Ara Aghayan, a total of about 30 kilometers of pipeline will be laid in all administrative districts of Yerevan. The construction of an irrigation water line is also planned in Ring Park.