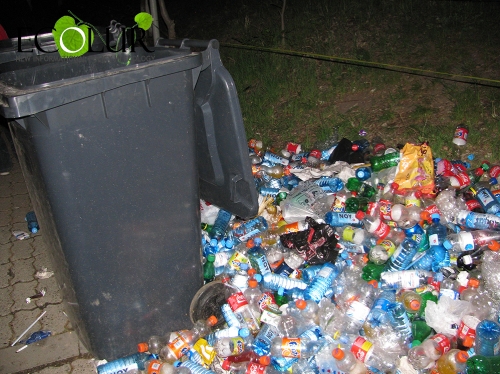 The world celebrates 5 June, World Environment Day, in 2018 under the slogan 'Beat Plastic Pollution'. This day has been celebrated since 1972. In its resolution, the General Assembly has been calling the states and organizations of the UN to annually carry out events approving their aspiration for the preservation and improvement of the environment.

Plastic pollution is one of the greatest environmental problems of our time, which is urgent for Armenia as well. Over 800 tons of plastic bags are annually used in Armenia. Their price, except for several supermarkets, is included in the price of the goods, thus encouraging their use. The calls of the environmentalists to regulate the use of plastic doesn't meet the adequate response of the government, which limits itself with demonstrative measures and refuses to introduce mechanisms stimulating from the refusal from plastic. Our rivers and shores, gorges and forests are polluted with plastic. Plastic is a disaster for Lake Sevan, which kills the inhabitants of the lake.

Besides plastic pollution, Armenia has problems of priority, such as pollution of water, soil and air with mining wastes, the absence of proper control over the hazardous objects of the environment, increased load on rivers and other water springs by SHPPs, elimination of forests and green zones.

All the aforementioned problems are on the agenda of Sustainable Development and our country has many obligations. We, the representatives of the civil society, are willing to support the government in the performance of its obligations. We hope that rather scarce environmental part of the new governmental program will be expanded and enriched with proposals, which the active civil society have submitted to the government, but, unfortunately, haven't been included in the program yet.

WE REMEMBER AND DEMAND
Local Population Started Defending Its Rights without Any Intervention: Achievement of 2019
Press Conference on 2019 - Year of Environmental Activity
German Journalists Presented Environmental Problems in Armenia
Society Concerned with Blooming in Lake Sevan Raised Proposals Aimed at Saving the Lake