Ombudsman: SHPP Problem To Be Subject To Systematic Examination, Supervision Over SHPPs To Be Enhanced 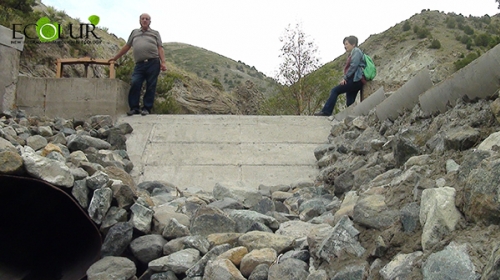 The issue of SHPPs should be systematically and regularly studied. It is necessary to strengthen the supervision over the operation of SHPPs in order to prevent and eliminate the overexploitation of water resources caused by SHPPs and the problems related to ecosystems.
This is the conclusion recorded in the 2019 annual report on the activities of RA Human Rights Defender, the state of protection of human rights and freedoms. In the report, the Human Rights Defender recorded the complaints received during 2019. In particular, in June, the residents of Aragats village, Aragatsotn Region, organized a protest action against the operation of "Gegharot" and "Aragats-1" SHPPs built on the Gegharot River.
During 2019, the problems were also recorded in connection with "Daranak" SHPP on the Daranak River in Daranak settlement in Geghamasar community, Gegharkunik Region, Armenia.
According to the information provided by RA Nature Protection and Mining Inspection to the Human Rights Defender, in 2019 the inspection body carried out inspections in 40 water using companies, as a result of which a fine of 6,700,000 AMD was imposed and damage of 657,186,135 AMD was calculated.
According to Environment Ministry, 382 violations were detected in 2019 during the examination on the protection of the actual state of water resources, 89 of which were detected in HPPs and SHPPs in cases of violation of water use permit conditions or illegal water use.