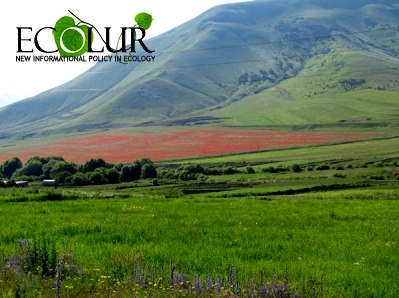 On June 5, we celebrate World Environment Day under the motto “Time of Nature”. What does this day and this slogan oblige us to do? First of all, to reassess the relationship between humans and nature, to preserve values ​​that humans do not have to create, but use, often destroying and not thinking about what they will leave behind.

World Environment Day is celebrated under the magnifier of quarantine COVID 19, and more and more weaknesses and strengths in the relationship “humans and nature” are revealed, vulnerabilities and trends become apparent.

Biodiversity is a bitter topic for Armenia. From 1989 to 2010 the Red Book of Armenia was replenished with new species that are on the verge of extinction. Instead of 367 plant species - 452 species, 99 animal species - 153 vertebrate species, to which 155 invertebrate animals and 40 species of mushrooms were added. 10 years have passed since the publication of the Red Book, during which river ecosystems, forest ecosystems, natural landscapes were destroyed. All these destruction was accompanied by the loss of biodiversity, which could not be compensated by individual programs for the conservation of the most important and rare species. We need to reissue the Red Book, and understand how we were to preserve our flora and fauna, and what we have now.

Water, rivers, lakes, groundwater, is the wealth of Armenia. According to official figures, the 5th, the worst category, was assigned to 22 largest rivers of Armenia. In most regions, everything that a person produces is dumped into rivers - from household waste to industrial waste. 70 rivers turned out to be locked with small hydropower plants, which were locked in pipes throughout the length of the pipelines, sometimes occupying up to 60% of the length of the river.

The destruction of the groundwater system in Ararat Valley is recognized as a disaster, whereas the public believes this is an environmental crime. The fish-farming business caused the imbalance of groundwater, as a result of which the water basin is emptied, the underground wells that served as a source of clean drinking and irrigation water dry up, the lands turn into salt marshes: there is water hunger in the valley. The forecasts for the summer of 2020 are disappointing: an official statement has already been made that 2020 will be low-water. What decisions will be made is not yet known, and there are fears that one of the most unpopular ones may be the decision on additional water intakes from Lake Sevan.

Lake Sevan has already begun to bloom, that is, the large-scale blooming predicted last year caused by blue-green cyanic algae is repeating itself.

Mining industry: out of 28 mining companies licensed to operate metal deposits, 6-7 companies actually work. The rest do not work. But both pollute the environment. Mining facilities can always be distinguished by a special color, bright and unnatural, yellow, or blue-gray. These are toxic colors typical of tails and accumulated leaks and discharges.

Against this background, it is not worth talking about achievements in the fight for the environment. One can be inspired by individual successes, but only in the context of what remains to be done, and who bears what responsibility for this.