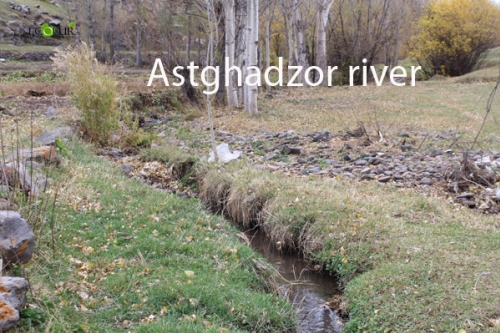 The State Committee on Water Industry plans to construct Argitchi and Astghadzor reservoirs in Lake Sevan basin. According to the initial assessments, the reservoirs shall serve for the irrigation of 12 residential areas, as well as to promote energy efficiency: the operation of 6 pumping stations pumping water out of Lake Sevan will be stopped.

Hambardzum Hambardzumyan, Head of Agriculture and Environmental Department of Staff of RA Gegharkounik Regional Municipality, said in his interview with EcoLur, 'If the dam ensures minimum amount of water needed for fish movement and spawning, if we can ensure fish passways and natural flow in the lower reach, I completely support the construction of dams, which is also positive for the development of agriculture.'

'Construction of dams will result in the complete change of water quality, the whole water of the dam will be directed to irrigation and the bond between Lake Sevan and the upper reach of the Argitchi River will be cut off, which may result in the drastic decrease in the fish reserves in Sevan basin, drastic increase in the reproduction opportunities of red-listed Sevan khramulya, Sevan koghak and 2 trout subspecies, even there is a risk of their elimination in this section. The volumes of invertebrates and water plants can also be reduced,' Samvel Pipoyan said.

'The Astghadzor River doesn't exist as such. In the place where a dam is planned to be constructed, there isn't much water in the river. If a dam is constructed, it may only serve Astghadzor and Zolaqar communities,' Astghadzor resident Vardan Vardanyan said.

Hambardzum Hambardzumyan also confirmed the low water in the rivers of Sevan basin. He mentioned that Vardenik, Martuni, andAstghadzor rivers get dry completely, while in the lower reach of the Argitchi River only sewage flow into Lake Sevan.