New Conditions under RA legislation for Soil Managers in Armenia 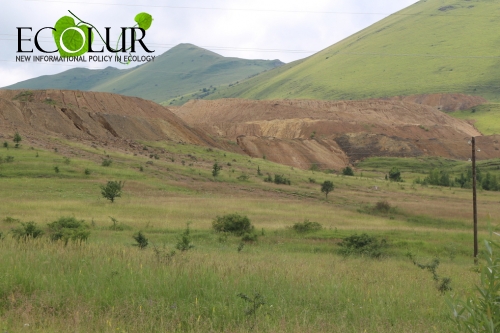 One of them was the legislative package of amendments to RA Subsoil Code and several other related laws adopted by RA National Assembly on July 16, 2020:

With these legislative changes:

·        With a capacity of up to 500,000 tons, mining companies must use only solid-waste tailing technology. It should be noted that a few years ago "Akhtala Ore Processing Plant" CJSC tried to use a similar technology, in parallel, the company planned to reclaim Nahatak tailing dump in March. However, the plant did not achieve the expected result while applying this technology, it continued to dump liquid tails in the Nahatak tailing dump, raising its dam. The company has just initiated the process of environmental expert assessment for tailing dump reclamation in accordance with the law. The first hearing on the tailing dump reclamation project took place on July 29.

·        In case of the capacity over 500,000 tons, a closed type circulating water system must be applied. It should be noted that the requirement to use a closed type circulating water system is mainly laid down in the opinions on environmental expert assessment of soil management projects, nevertheless, in practice, these systems mainly break down during operation, so companies do not often operate them.

·        The term for granting soil management permits for metallic mines was set at 25 years instead of the previous 50, and 20 years for solid non-metalliferous minerals and mineral water development.

The other law regulating soil management sector is the law "On Making Amendments to RA Law "On Targeted Use of Environmental Tax Paid by Companies" adopted by RA National Assembly on May 27, 2020. According to this law, from now on, deductions from the environmental tax paid by all companies with the right of soil management for the development of metallic minerals must be made, reflected separately in the budget of the community in the territory of which the activities of these companies have a detrimental effect.

It should be noted that before that a large number of companies operating metallic mines were not mentioned in the law, their environmental fees, which were directed to the state budget, were not available to the affected communities to implement environmental and health programs in the communities. According to the amendments to the law, the Government of the Republic of Armenia shall lay down the procedure for making the list of communities and residential settlements and calculating the  distribution amount of contributions according to the communities and  residential settlements within six months.

Prior to this legislative amendment, after the enlargement of the communities, a number of affected settlements lost their right to use environmental fees for the implementation of environmental and health programs.

This article is made possible by the generous support of the American People through the United States Agency  for International Development  (USAID). The contents of this article are the sole responsibility of the authors and do not necessarily reflect the views of USAID or the United States Government.

Teghout Residents To Be Employed: “Teghout” CJSC Accepted Their Demand
Teghout Residents Again Blocked Road Demanding Jobs
Why Mghart Mining Was Stopped and What Are Mghart Residents’ Expectations from Soil Manager
Teghout Residents Demand On Being Employed in Teghout Mine To Be Fulfilled
"Zangezour Copper and Molybdenum Combine" CJSC Didn't Ensure Environmental Flow of Voghji River